BALM is an ongoing project inherited by Tish Markley and Adam Turl. Check out our sibling website: Locust Review. 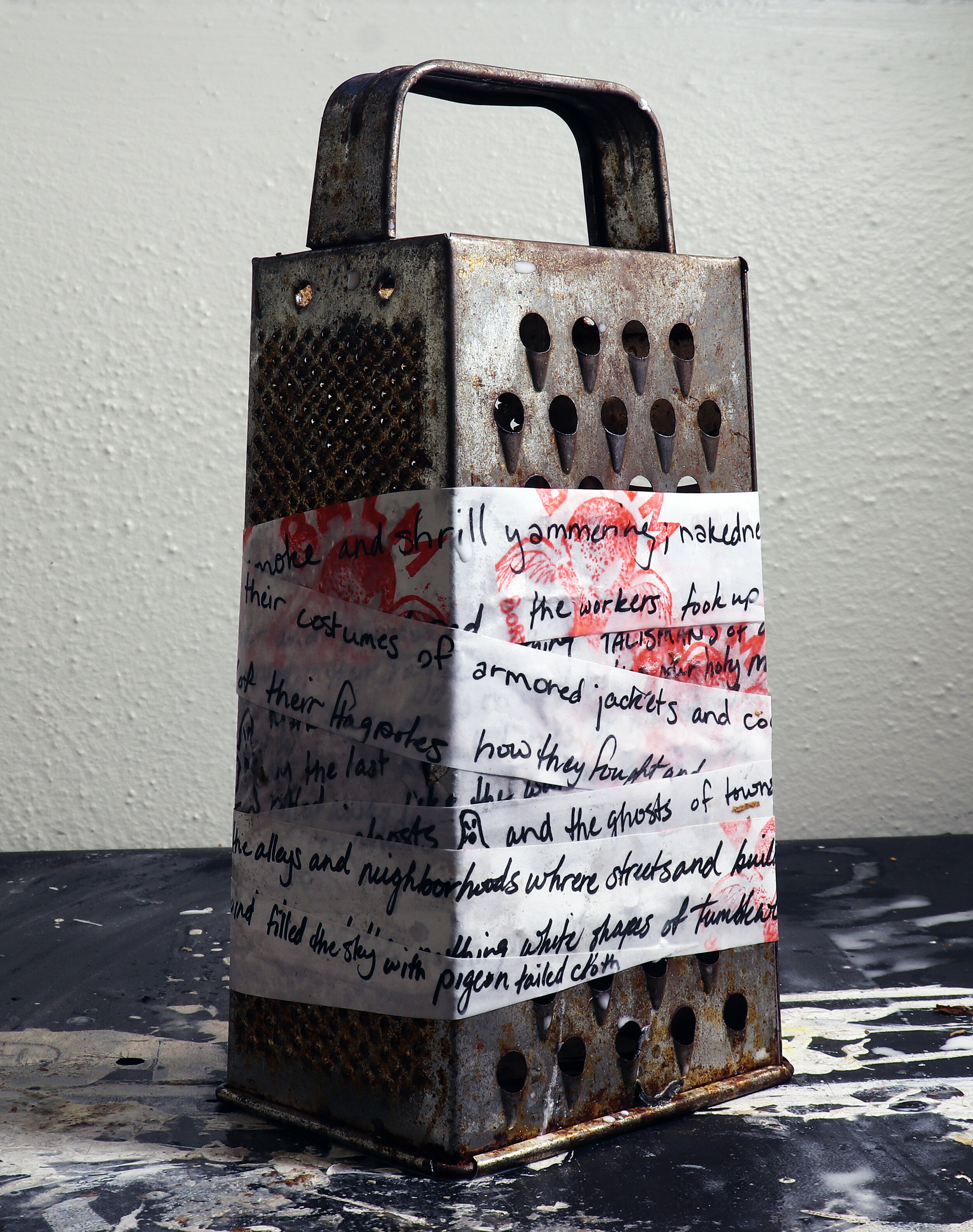 Wounded Tool 326501-T - Box Grater (wrapped in a poem by Michael Linaweaver): Abandoned after the mass marketing of pre-packaged shredded cheese, this box grater fell into a deep depression. Unchecked it will deprive middle-class white people of the shredded cheese they 'need' for their 'fajitas,' and will turn grated food material into aluminum filings. It has been wrapped in the poem '2046' to ameliorate its psychological pain. (July 2020) 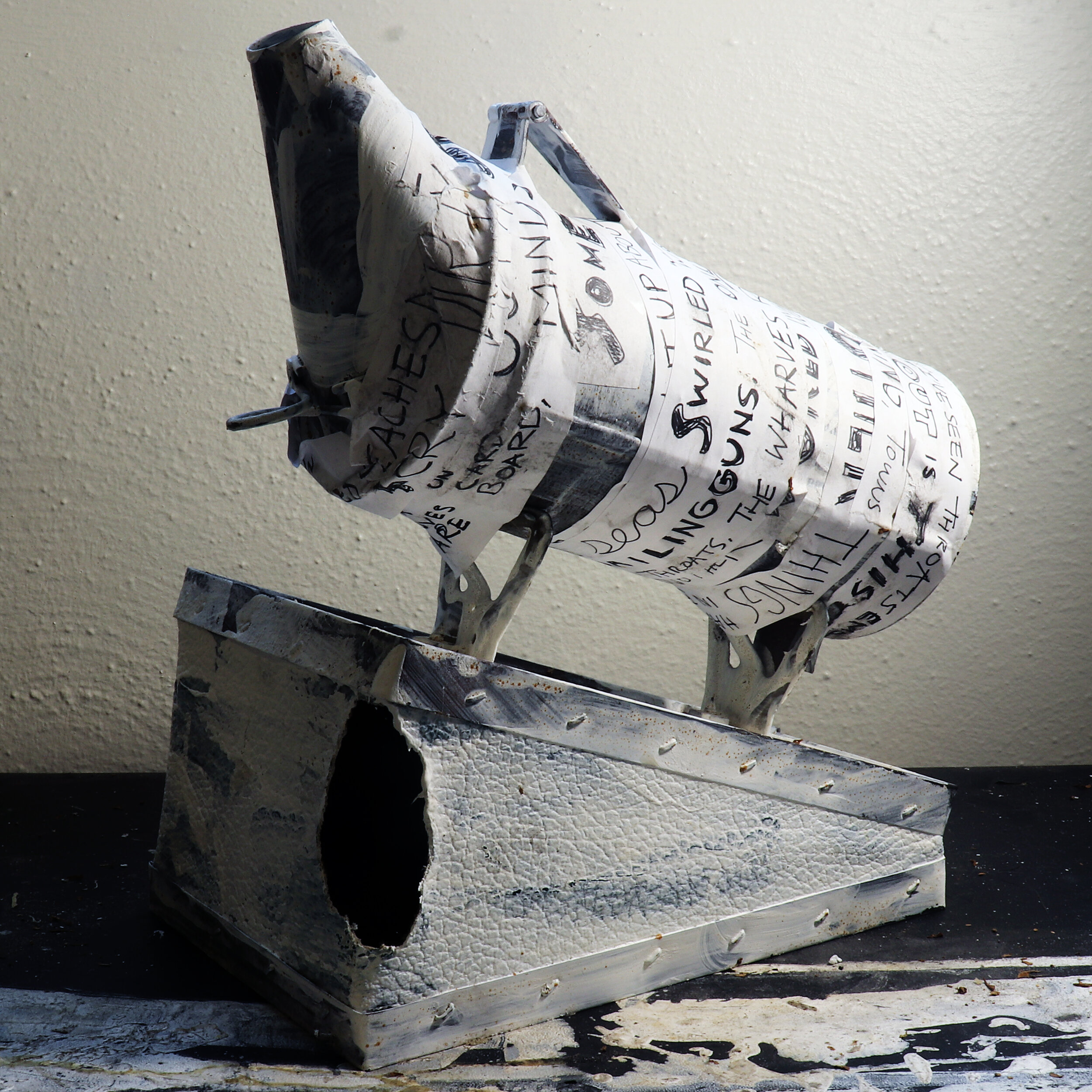 Wounded Tool 32593-T – Bee Smoker (bandaged in a poem by Alexander Billet) - When the last bees died, the bee smoker filled itself with crystal meth in a failed suicide attempt. Unchecked it will float around the countryside getting people high, but only if they don’t want to be, and especially if they suffer from anxiety disorder. The Wounded Tool Library is attempting to teach the bee smoker to only get people high with their consent. Until then its pain is being managed with poem bandaging. 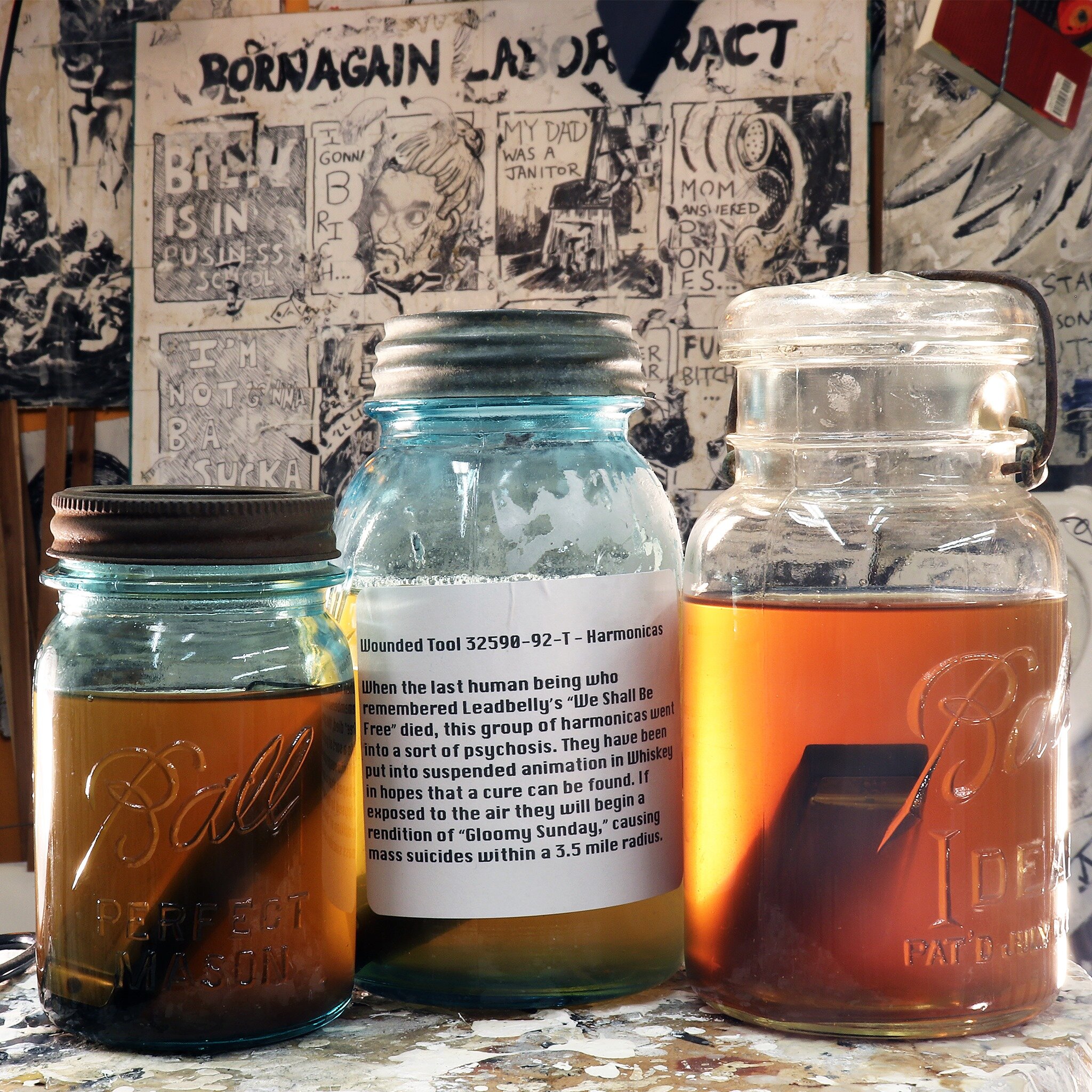 Wounded Tool 32590-92-T - Harmonicas When the last human being who remembered Leadbelly’s “We Shall Be Free” died, this group of harmonicas went into a sort of psychosis. They have been put into suspended animation in Whiskey in hopes that a cure can be found. If exposed to the air they will begin a rendition of “Gloomy Sunday,” causing mass suicides within a 3.5 mile radius. 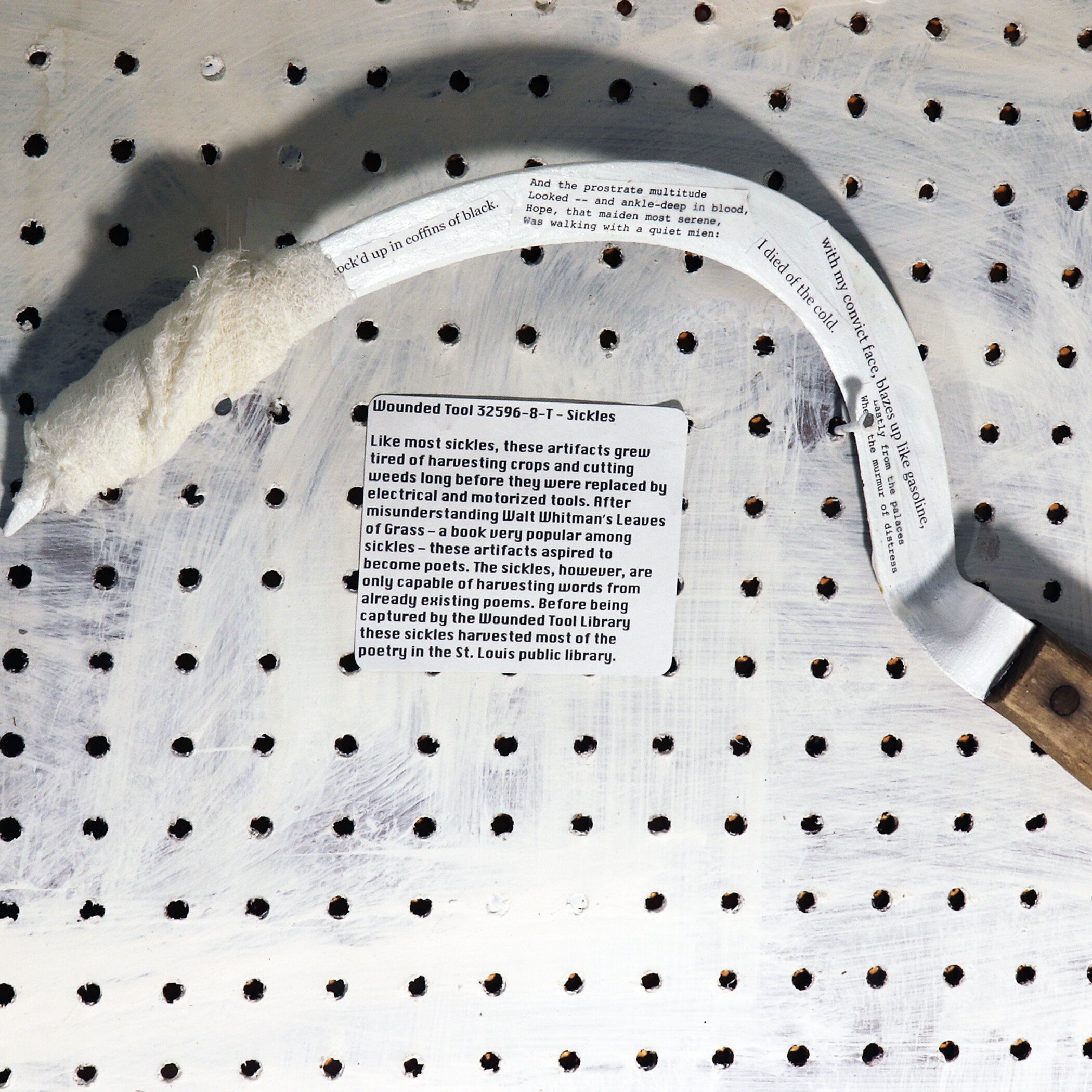 Wounded Tool 32596-8-T - Sickles Like most sickles, these artifacts grew tired of harvesting crops and cutting weeds long before they were replaced by electrical and motorized tools. After misunderstanding Walt Whitman’s Leaves of Grass – a book very popular among sickles – these artifacts aspired to become poets. The sickles, however, are only capable of harvesting words from already existing poems. Before being captured by the Wounded Tool Library these sickles harvested most of the poetry in the St. Louis public library. 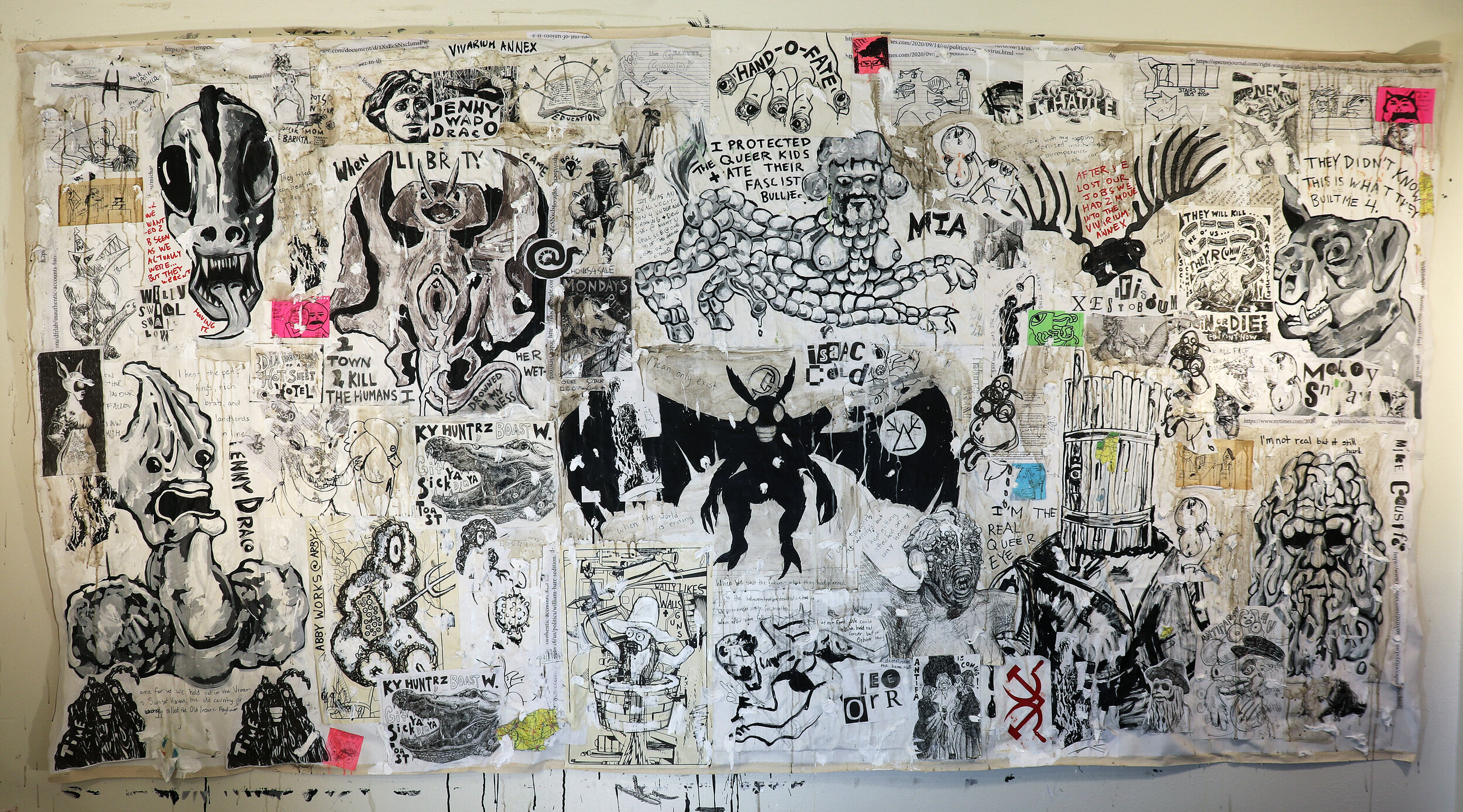 Vivarium Annex Jenny Draco, the Pavlov Cryptids, and the Siege of Vivarium Annex: When they came for us we held out in the Vivarium Annex -- once known as Sunset Haven; the old county poor house and farm; what the kids wrongly called the Old Insane Asylum on Old Insane Asylum Road. OR: After we lost our jobs we all had to move into the Vivarium Annex It was an ideal location for underage drinking and drug use. At night you could see incoming headlights at one end of the gravel road or the other. But the midpoint was far enough away you could easily escape by turning your car one direction or the other and quietly driving away with your headlights off. As one generation of kids after another faded themselves in our woods and fallow farm, they did so under the shell of our house. We are not interested in being seen. But we watch. And we saw too much. OR: We wanted to be seen as we actually were. But they weren’t having it. We saw the future -- what they had planned. So the administration decided we had to go. We were under siege for months. Wave after wave fell at our feet. We could have held out forever, but in October they demolished the house itself. JENNY (WAP) DRACO: When Librty Came 2 Town 2 Kill the Humans I Drowned Her in My Wetness WILLY SWILLSWALLOW: They tried to beat me to death with my own tongue but I sucked so many motherfuckers dry MONTY SNAPJAW - They didn’t know this is what they built me for MIA - I protected the queer children and ate their fascist bullies PENNY DRACO: I kept the petty kinds, rich brats, and landlords in line IRIS XESTOBIUM: I warned folks with my tapping when weaponized institutional incompetence war near ISAAC COLD: I can only exist when the world is ending MIKE CRUSTFUR: I’m not real but it still hurt LEE ORR: I used to work at Wendy’s but I kept getting attacked on the way home 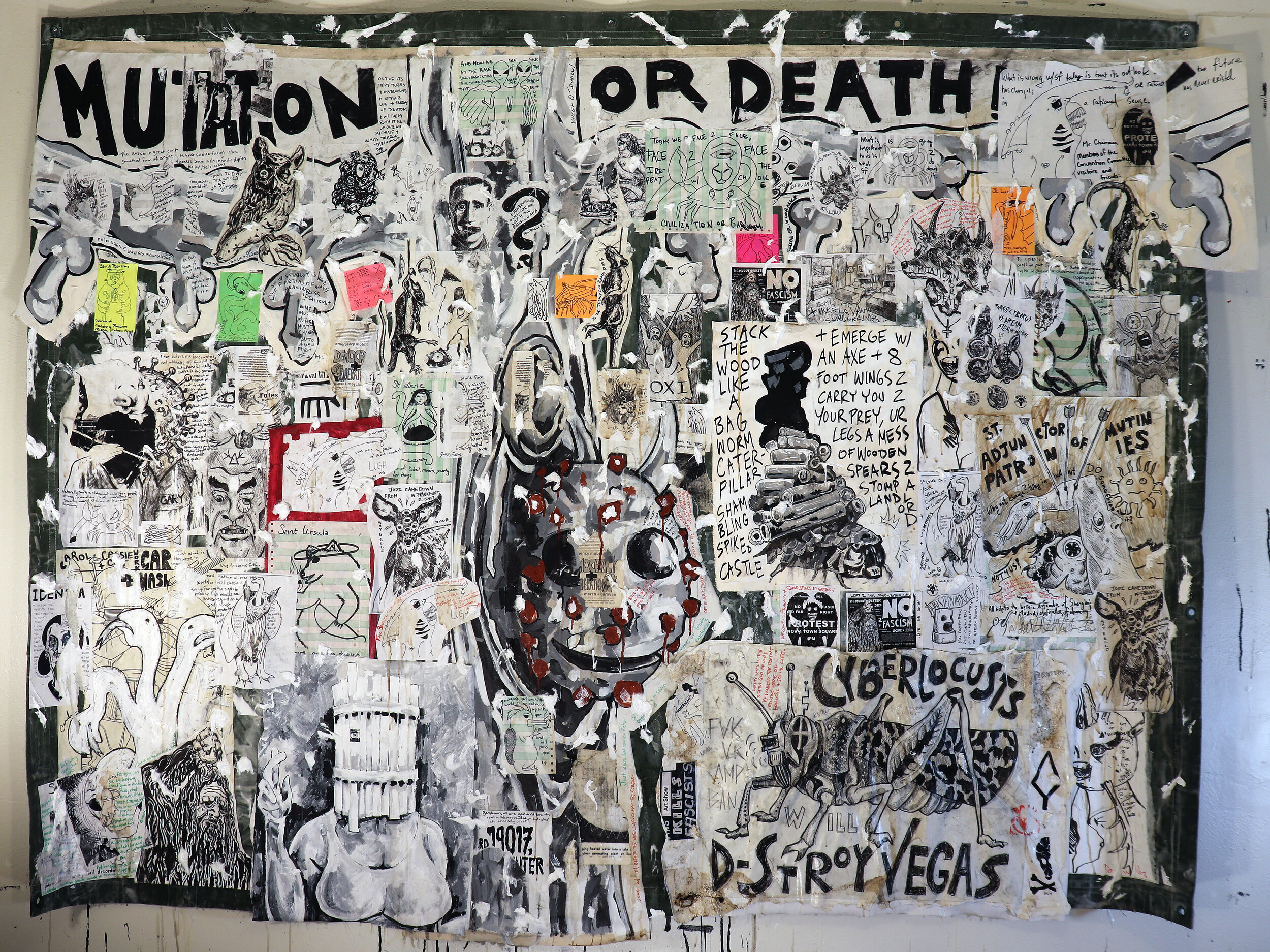